Quick, you're late! The clocks went forward last night and you've missed all the fun stuff because you were sleeping!

Oh well, grab your latte with a shot of hazelnut syrup (if that's what floats your boat) and let's see what's been happening this week.

March hasn't been a good month for Swans fans, as the club have only played three matches over the four weeks. And there was no Swansea match again this weekend thanks to the international break.

However, on the bright side, Swansea are safe in the Premier League for another season and they will be playing next weekend - at home to Hull City on Saturday, 4 April at 3pm.

One good thing about the international break was that we got to see at least some of the Swans stars in action in a different environment. And they were all winners!

Yesterday evening the Welsh team beat Israel 3-0 in their European Cup qualifier, with Swansea's Ashley Williams and Neil Taylor both in action.

Elsewhere in Europe, Gylfi Sigurdsson played the full 90 minutes for Iceland in their comfortable 3-0 win against Kazakhstan, although he failed to score. And not forgetting Lukasz Fabianski, who is likely to start for Poland in tonight's match against the Republic of Ireland (7.45pm kick off - the match is live on Sky Sports 5).

Don't worry - he'll be back (as if anyone was worrying...). Yes, earlier in the week it was announced that Dwight Tiendalli would be joining Championship high-flyers Middlesbrough on loan until the end of the season.


With Kyle Naughton in good shape and Rangel a fine back-up, the right-back position is pretty much sorted, so there's little for Tiendalli to do apart from rust up on the bench. So it's a good move for both the club and the player - who definitely needs game time.

In 2010 Swansea borrowed Marvin Emnes from Middlesbrough and he produced a very memorable goal against Cardiff. Let's hope Tiendalli can be of similar use to Boro in their quest for the Premier League.

Earlier in the week I wrote a new Jack in Time post about Swansea City's Football League Trophy Final escapades at the Millennium Stadium in 2006, with a couple of videos - check it out here. 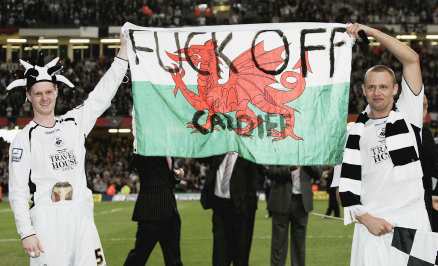 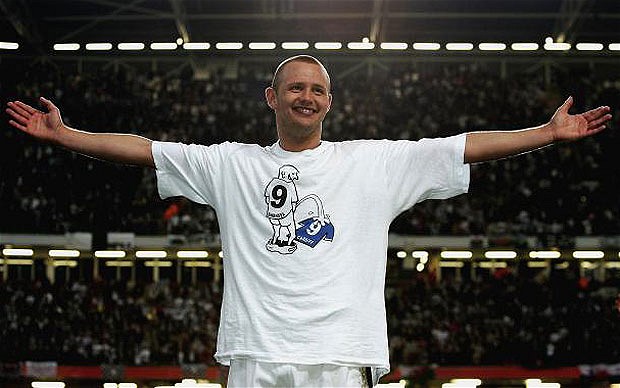 I was away last week so we had to miss our regular Swansea City catch-up, but here's a bumper Mother's Day edition (it's not really that bumper...) to make up for it!

The Swans have had a nice 12 day break since their thrilling 3-2 loss against Spurs, so they should should be well rested and up for getting something out of Liverpool at the Liberty tomorrow night (8pm).

It's a really hard one to call, not helped by the fact that Swansea are so inconsistent. As we've seen this season, sometimes they'll grind out a brave win and shock everyone, and sometimes... well, sometimes they just don't look bothered. Thankfully in the last few games the effort levels from everyone seems to have increased so we can hopefully look forward to a good performance and maybe even a point.


Of course recent history doesn't bode well for the Swans, who have lost four of their last five meetings with Brendan Rodgers' side, losing 4-1 at Anfield in December. But, like Swansea, Liverpool are an unpredictable team when it comes to consistency, so it really could go either way.

Bafetimbi Gomis, following his collapse against Spurs, was back in training during the week and should be fit to start. With a pretty much full strength squad it'll be interesting to see if Monk goes for the relatively successful diamond formation he's tried out in the past few matches. Either way expect Jonjo Shelvey to start and score a goal for both sides.

I'm going for a 1-1 draw, a result most Swans fans would happily take it think.

...well, for the next two years at least. The longstanding right back has signed a contract extension that will keep him at the Liberty until 2017. An important part of the team in the rise to the Premier League, Rangel has felt his importance slip slightly in the last year and his recent form has been shaky at best.


Still, he's a stalwart, and an important dressing room figure, so it's good news he's sticking around. Hopefully he'll be around to end his career with the Swans, going on to become a coach or even a club ambassador (although it may be tough to wrestle the job from the hands of Lee Trundle, who's embraced the roll to the highest order!).

As an added bonus, Jordi Amat has signed a one-year contract extension to keep him with Swansea until 2018. He's not the starting choice for Garry Monk at the moment, but Amat has shown time and again that he's more than capable of playing in the Premier League and he'll provide good competition and cover for Fede Fernandez.


Barrow gone (but not for good)

Young winger Modou Barrow has temporarily left Swansea to sign for Nottingham Forest on loan until the end of the season.

The speedy Gambian has been brilliant when making appearances for Swansea and it's actually a shame because - although he's a little raw - he has proved he has the skill and speed to keep up with the rest of the side.

Of course I understand the decision - Swansea are safe and he'll get much more game time with Forest, but in a way he could have had a few more starts with the Swans between now and the end of the season? What have we got to lose?

Anyway he'll be back in the summer and hopefully he'll stick around for the 2015/16 season.


**LATE NOTE: There will be no Sunday morning catch-up or podcast this weekend (8th March) as I am away. I'll be back next week for more irreverent Swansea City action!**


Here we have the fifth episode of the Audio Jacks, Swansea City podcast.

In this episode Chris and Matt discuss the win against Burnley and what it means for Swansea; Matt rants about Scottish football; both discuss the bad boys of Swansea City in the past week; Chris is challenged to an intense quiz; and Matt begins a new Dream Team game.

You can download the podcast to enjoy on your own personal listening device, or just stream from the link below.

All feedback, shares and comments appreciated. Catch us on Twitter - I'm @ForzaSwansea and Matt is at @LMScreamer.

(NOTE: There will be no podcast or Sunday catch-up next weekend as I'm away, but check back again soon for more Swansea City nonsense.)

It's the first of March, it's a Sunday and that can only mean one thing - it's time for a cup of coffee and a look at the week gone by for Swansea City:

Despite it not being the most enthralling game (last on Match of the Day of course), yesterday's 1-0 victory against Burnley away from home secured Premier League safety for Swansea City... in February!

That's 40 points from 27 games, which is Swansea's best ever return in a Premier League season. And it's a great achievement considering we lost our best striker last month, we've been unable to score consistently and that there was even talk of a relegation scrap earlier in the year.


So a good result, with a very scrappy own-goal being scored in the 64th minute by Kieran Trippier. Monk stuck with his diamond formation, which seems to be working quite well. Gomis missed a few good chances, Routledge had a penalty shout (but so too did Burnley), while Fabianski once again put in a solid performance and kept out a string of good attempts from the home side.

It's a shame we are out of the FA Cup as that would have been a great competition to focus on now safety is achieved, but it'll be good to see how far Swansea can go this season. Europa League position perhaps?

Unfortunately the usually very-well behaved club have made the news for all the wrong reasons this week.

Firstly Swansea City's Dutch director John van Zweden came under fire earlier in the week for reportedly calling his fellow countryman Louis van Gaal 'an arrogant b******' (...that's 'bastard' if you can't decipher my code) following the Swans' win against Manchester United. However he has since defended himself, saying he didn't actually use the word 'bastard'.

But yesterday morning it emerged that van Zweden had posted a photo of a winning betting slip which had Swansea to beat United 2-1. The Sun reported that the director is being investigated by the Football Association, as any bet made by someone so close to the club would be a direct breach of FA rules. However van Zweden is insisting it was not his betting slip in the first place.

I can't see either of these things going much further, but it's probably wise for the charismatic director to keep his head down for the next few weeks!

And finally, Swans' reserve keeper Gerhard Tremmel was also in the news for some dodgy behaviour. Last week it was reported that the German shot stopper had been given a six month driving ban by Swansea magistrates after failing to reveal to police who was driving his car, after it was caught speeding along Mumbles Road twice last year.

But his ban has now been lifted, with a fine and penalty points awarded instead. Slow down Gerhard, you're not on the Autobahn any more!