Right - let's make sure we win this one.

I say that because in the last two Swansea City matches, points have been thrown away due to bad defending. As I outlined in my post earlier this week, we need to ensure we defend corners properly (i.e. no sticking Leon Britton on Graziano Pelle) and score more than one goal (because one is rarely enough). 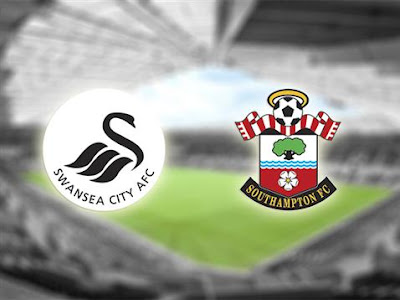 The Swans take on Southampton at the Liberty this Saturday (3pm) - looking for a little redemption after the 3-1 thrashing at St Mary's back in September.

The good news for Swansea is Ki Sung Yueng is likely to play after recovering from the concussion he suffered in the 1-1 draw against West Brom. While he's not been in the best form this season, it's always handy to have him as an option.

In fact, it's as strong a team as we've had for a while with no injury worries - Francesco Guidolin has a good selection of players to choose from in all areas. I don't think any Swans fan is worrying about Guidolin's choices regardless. He seems to be on the ball, and going for another unbeaten game (although hopefully a win this time).

Thankfully Gylfi Sigurdsson is finally back in form and will look for a third goal in three consecutive games, while new boy Alberto Paloschi will be desperate to get on the scoresheet. With Ayew also fit and available, it's unlikely we'll see much more of Bafetimbi Gomis.

Meanwhile, Southampton will probably wear their away kit which looks surprisingly similar to Swansea's this season. Let's hope it brings them as bad luck as it has done Swansea tomorrow!

Unfortunately Soton keeper Fraser Forster is in top form, and looking for a sixth consecutive clean sheet in tomorrow's game. They will miss Victor Wanyama though, who is suspended for five matches after his third red card of the season!

Despite their clean-sheet heroes, I still feel either Sigurdsson or Paloschi will find a way through. But so too may Pelle or Long... So my prediction - I feel this could well be another 1-1!