For those of you who don't watch Sky Sports (do those people exist?), Johnny Phillips has been a staple of the channel and the now iconic Soccer Saturday programme for many years, beaming into our homes every Saturday afternoon. 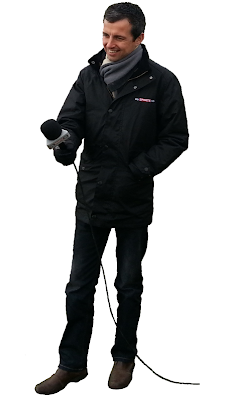 And his new book, Saturday Afternoon Fever, is a collection of his most memorable tales from the past decade or so. However, it's not just tales from the press room and studios (like I first assumed it may be) - he tells the stories of the televised features he made with some of football's most colourful characters, including the homeless African street kid who ended up playing for his country, the world’s most eco-friendly football club and an octogenarian dressing room attendant.

Swansea City fans will take interest from the first chapter, as the ninth word in is Port Talbot, followed by a brief mention of former Swans striker James Thomas. This is picked up again in chapter three, where 15 pages are dedicated to Johnny's time in Swansea, talking to James (who now works as an ambulance driver), Alan Curtis and Leon Britton about the most important match in the club's history - Hull, 2003.

As Johnny takes an ambulance ride around the city with James they discuss the pressures before the match and the euphoria afterwards, but also touch on the injuries that halted his career as a footballer. The chapter is crammed with emotion!

In particular I enjoyed Johnny's summing up of Swansea as a city: "Swansea is a wonderful place. It is surrounded by some of the best beaches in Britain, the people are amongst the friendliest I've ever met, a night out on Wind Street is like no other in the world, and the football club is brilliantly run from top to bottom. It just rains a bit too much, that's all."

The only thing lacking throughout the book in my opinion is a photo section, which would really highlight some of the colourful characters brought to life through Johnny's words. But with a decent imagination you shouldn't be too hard pressed to enjoy a well thought out and genuinely interesting book. 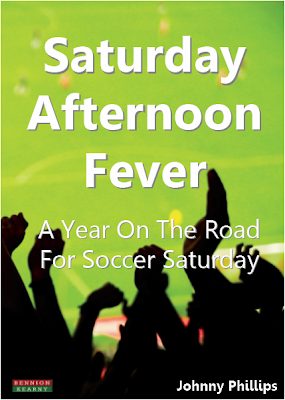 The book can be purchased for £9.99 in bookshops and on Amazon.

And to win a copy of the book, just send me an email via the contact form with your name and address, or retweet a specific tweet from my Twitter feed to be in with a chance.

A winner will be selected around 3pm on Sunday, and announced just before the Swansea vs Spurs match. Good luck!