Michael Laudrup: Thank you and goodbye

I speak with my hand on my heart when I thank Michael Laudrup for the sterling work he's done at my football club. Leading the Swans to a major trophy and into Europe is a superb achievement and a level that many thought the club could never aspire to.

He continued the good work of his predecessors and has certainly added considerable talent to our playing squad with the likes of Michu and Wilfried Bony, while overseeing the development of Ben Davies from youth academy product to Welsh international. 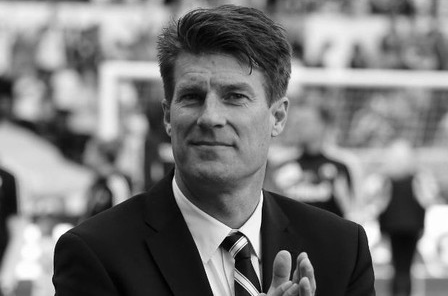 There was a mutual acceptance by fans that Laudrup would not be in charge by next season, given that he had always made it clear that he intended to look for a new challenge when his contract came to an end. Yet it is hard to imagine that anyone envisaged this sequence of events that has led to the Dane's dismissal.

I was at the West Ham game on Saturday and can honestly say it was the worst performance I've seen from a Swansea side in the last eight years. The writing was on the wall and it all felt wrong.

Laudrup is highly rated and I'm sure clubs will queue up to bring him in and rightly so, yet there can be no doubt that since securing the Capital One Cup, Swansea have simply not been good enough.

We have played 35 Premier League fixtures since that day at Wembley and only managed eight wins, losing 18 times. That's relegation form, pure and simple. So where did it all go wrong for Michael's men? What caused the slide from ninth in the league to two points above the trapdoor to Championship football barely a year later?

It boils down to several things which have created a shroud of uncertainty around the players, the club and inevitably the fans. There's truth in the argument that Laudrup has been a little unlucky with injuries. Michu and Vorm have been a massive miss for the side, while a couple of results this year have swung away from Swansea at pivotal moments.

There have been some truly bizarre issues particularly around transfer dealings. I can't honestly say I ever agreed with the idea of a 'streamlined' squad and having to battle on four fronts has really taken its toll on the players this season.

I rate Ki Sung-Yueng as a footballer and was disappointed to see him leave on loan, yet I don't believe anyone would have thought he could make the kind of impact he's had at Sunderland. To not recall him felt shortsighted, whether the blame lies with the board or the manager on that one is a real conundrum for me.

The excitement of the transfer window evaporated to be replaced by a feeling like Christmas had been cancelled in Swansea. The signing of David N'Gog and Marvin Emnes plus a handful of youngsters on deadline day was hardly going to get the East Stand bouncing, while Cardiff snapped up Wilfried Zaha and sides like Crystal Palace, West Ham and Sunderland all strengthened their hand for the relegation battle we now find ourselves in.

For a club that has always put team spirit and togetherness in the face of adversity at the heart of what it stands for, can any of us honestly say the on-pitch shouting matches between the players have gone unnoticed? Or #Brickgate? Think of it what you will but did we ever hear of this under Martinez? Or Rodgers? Even Sousa! I'm not suggesting that there were not training ground bust-ups between players and management while they were in charge, but the majority seemed to slip the media's gaze. Not so under Laudrup.

The Dane is an ice cool character. I could never imagine him head-butting the changing room door before matches or chucking bottles around screaming at the players, yet I never imagined him as a timid character either - just a man who spoke with experience. While I believe that certainly serves you well during the good times there must be the ability to pull it out of the bag when it's not going your way.

I'm not sure Laudrup knew how to change it at Swansea or, if he did, whether he could have changed it to drag us out of the mire. Some say he lost the dressing room - the body language of the players certainly has not been positive of late.

Now Swansea need to go back to basics.

Monk and Curtis are Swansea City through and through and I do believe that they can lift the squad. They must get Laudrup's signings like Pozuelo and Canas onside now and ensure all the playing staff are pulling towards one common goal. I believe they'll do that.

Huw Jenkins is a shrewd man, and will not have made this decision lightly. Yet the Premier League demands instant success, leaving teams with little option but to turn to drastic measures to boost their chances of survival. It is the nature of the beast as they say and to keep up in the high stake games, you have to roll the dice. That's what Swansea have done here. Let's hope it pays off.

I'm right behind Garry Monk and Alan Curtis to see us over the line this year. I felt really strongly about the club's 'Wear Your Colours' campaign (as some of you reading this may have seen on Twitter). I wear my colours to every game - talk to the players about wearing the shirt with pride. And who better to install that in them than Garry Monk?

So thank you Michael Laudrup - for the free flowing football, for Michu, for the Capital One Cup and the Europa league. And good luck to Monk and Curt - good job they've got a nice easy game to start with, eh?