Swans in the USA!

With news of record television viewing figures for the South Wales Derby in America, we are checking in with our American writer JACOB CRISTOBAL, who takes a look at the impact Swansea City are having in his fine country!

Three weeks ago Swansea City hosted the return leg of the South Wales Derby against Cardiff City. We all know the result of that - a convincing 3-0 trashing of our bitter rivals, gaining some revenge from the early season fixture that yielded a 1-0 defeat.

We also know it was the managerial debut of Alan Tudyk... I mean Garry Monk (Googling Alan Tudyk will reveal why we may confuse the two!). We also know that since then the Swans have played back to the form that got them to the Premier League originally. 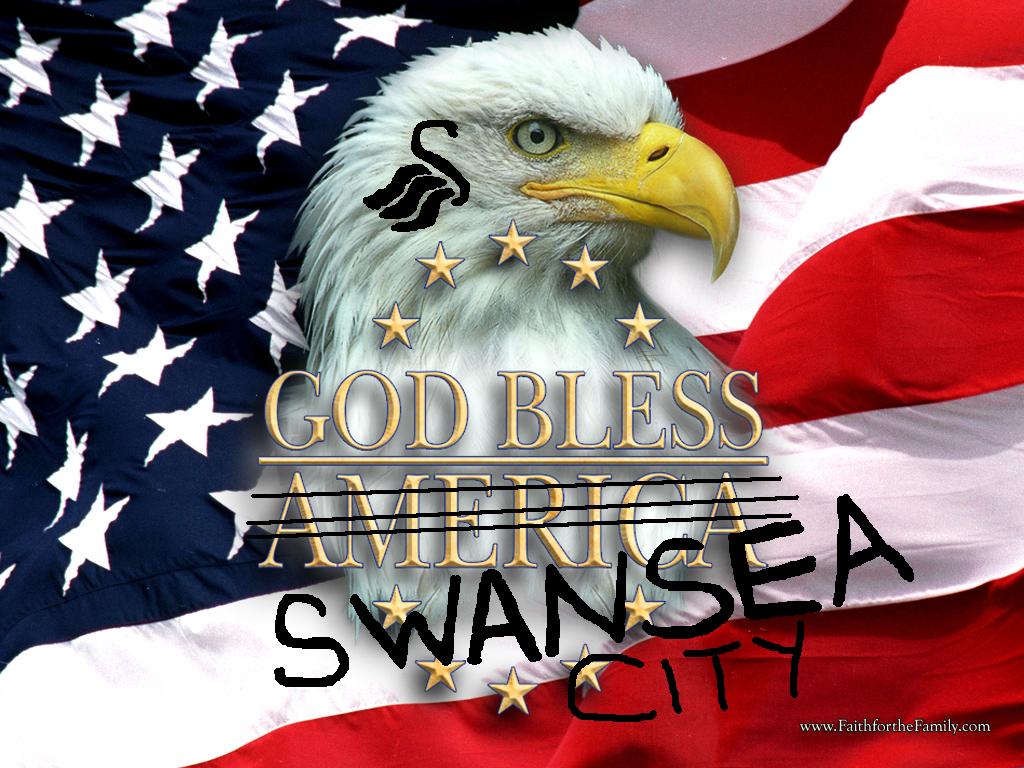 The dismissal of Michael Laudrup (to who I must say thank you for the memories and the great hair) has definitely seen the Swans playing better. What might not be a known fact for some is that the South Wales Derby a few weeks ago generated some good television ratings over here in the US.

In fact, up to this point, the South Wales Derby gave NBC (who have the broadcast rights in the US) their best ratings ever among all of the Premier League matches they've shown since the start of the season.

In the land of television viewership numbers the match scored a 1.2 overnight rating, which means at least 1.2 million people around the country tuned in. That's right - the South Wales Derby posted the highest Premier League TV ratings here in America to date! Give yourself a round of applause if you were in the stands singing Hymns and Arias.

There were other factors to this boost in that it was sandwiched between the Sochi Winter Olympics coverage, while a manager being sacked is always going to cause a brief spike in any club taking the sports headlines.

One thing NBC has done very well in their maiden voyage of broadcasting the Premier League is giving all the clubs a fair shot at the spotlight. Where in the past it would've been easy to just highlight the big four because... well they're the big four, today there's no excuse not to cast out a wide net.

And when there's a derby on the Premier League calendar, NBC has tried to give that match the stage for all in the US to see.

In the case of the South Wales Derby, a late start resulting in the match being broadcasted here in the West Coast at 9:30am versus, say, 5:30am or 7am definitely made it easier for us sleep-in folks (yours truly) to tune in.

There is also the reality that the Swans are getting an increasing fan base in America. You already know my story, but I know north and south of me (shout out to Melissa Douglas and Jonathan Weaver who live in Vancouver B.C. Canada and Portland, Oregon respectively) that there are folks following the Swans.

There's even a Facebook group for American Swansea fans and associated Twitter account. Their progress so far in the Europa League and breath-of-fresh-air manager Garry Monk has fans near and far saying "this is the Swansea we know!"

Just look at the last match against Liverpool - the Reds had to score four to beat them. If Swansea can repeat the energy in the first leg against Napoli and pull off the stunner and advance further, it will no doubt bring echoes of when Fulham made that surprise run in 2002. And, for a club already lauded as being the alternative to the "big four", such a bump will only intensify that support.

If there's one club that's been the biggest recipient of NBC's solid effort of bringing the Premier League to the US, very few would debate it being Swansea City. And just like the energy of their supporters in the stands at the Liberty, it could very well be the energy of the US-based supporters increasing the club's popularity here.