Swansea About To Make A Move For Santiago Arias? 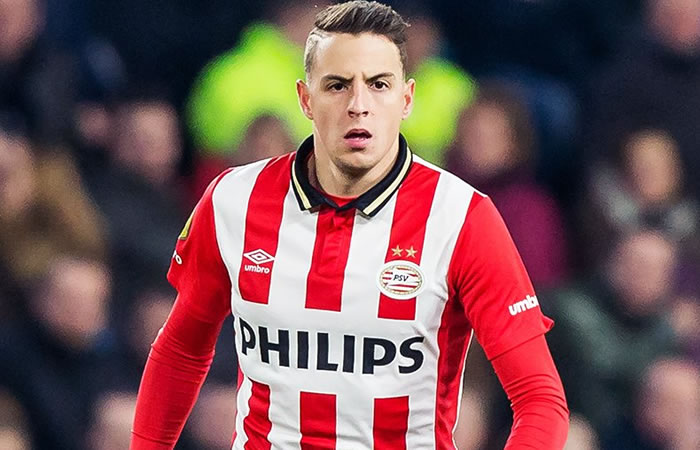 Swansea City are on the verge of making a bid for PSV Eindhoven star Santiago Arias it’s being reported.


The club had scouts watching the France versus Colombia game at the Stade de France on Friday evening, where the Colombians came back from 2-0 down to win the game 3-2.


All eyes, from a Swansea point of view were on the full back Arias, who enjoyed the full 90 minutes.


They’ve been watching the star for a while now and almost got the move last August, again almost making a bid in January. It’s a move that seems to have stalled a few times and it seems that the move is once again back on.


The 26-year-old has played 26 times for the Dutch side so far this season and has 15 months left on his contract. To get him in the summer could cost around £9million and it’s thought he’d welcome a move away from the Philips Stadion.


The Swans would welcome a new player in his position with only Angel Rangel, Kyle Naughton and Martin Olsson recognised full backs in the first team. The former is recovering from a long-term injury which leaves the club incredibly short.


It’s been a problem position for a while now and something that manager Carlos Carvalhal will be looking to remedy as soon as the transfer window opens over the summer.


Whether Carvalhal will recognise the Colombian as the man he wants is another story but it does look as though this saga is continuing to rumble on.


Arias could play down both wings, although primarily down the right, and also has the ability to step in at centre back if needed. That sort of flexibility is useful for any squad and as Swansea continue to improve under the Portuguese, that could be a vital asset.


There’s no doubt that Carvalhal will be looking to improve the side come the summer, and they might want to get business done on this one before the World Cup. A good tournament for the full back will see his stock rise and could end up seeing Swansea have to pay over the odds, not to mention other clubs getting involved.


What is certain is that Swansea are in for a full back and from what it looks like they will be ready to make a move one final time for Arias as he seeks a move away from the Eredivisie.
Posted by Unknown at 20:17