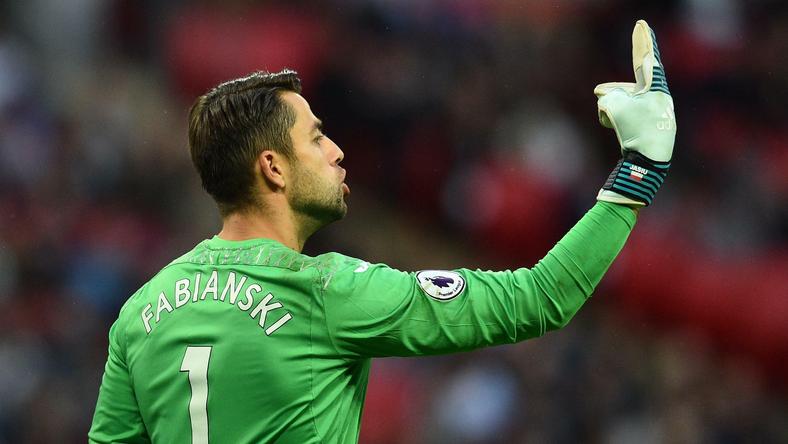 Of a season where only the few have really shone, Lukasz Fabianski has been named Supporters’ Player of the Year.


The Polish keeper has been instrumental in keeping the Swans outside the relegation zone in recent months, although that now stands at just a point clear.


There will be a full focus on finishing the season strongly before jetting off to Russia as part of his nation’s World Cup squad.


This weekend’s fixture is key to survival hopes with Fabianski saying, “This is the big one, we should all focus on that game because winning that game and getting three points is massive for us.”


The former Arsenal man has been an ever present in Swansea’s side this season, playing 32 of the club’s 35 in the top flight and he’s been key in the club’s quest for survival.


He’s ranked among the very best in the league when it comes to stats, a fantasy football players dream, and has saved multiple points for the club.


His consistency has made him a fan favourite and the club will want to keep hold of him regardless of their league status next season.


He beat the likes of Alfie Mawson, Federico Fernandez and Ki Sung-yueng to become the fans favourite, while Jordan Ayew also picked up three awards.


The Ghanaian international, who has bagged 11 goals for the Swans this season, picked up Players’ Player of the Year, Top Scorer and Goal of the Season for his stellar effort against Wolves.


Elsewhere, George Byers, a hot prospect for the future, secured Under-23s Player of the Season and Connor Roberts took the award for Best Newcomer of the Season.


Leon Britton, whose contract is up at the end of the season, also received recognition from the club he’s played for at every step in the Football League. He picked up the Community Champion Award, a week after picking up the Sportsmen’s Club Award.


It’s looking increasingly likely the 35-year-old will be saying goodbye to the club, 16 years after making his debut.
Posted by Richard G at 18:51