Roque Mesa to Move on to Sevilla on a Permanent Basis 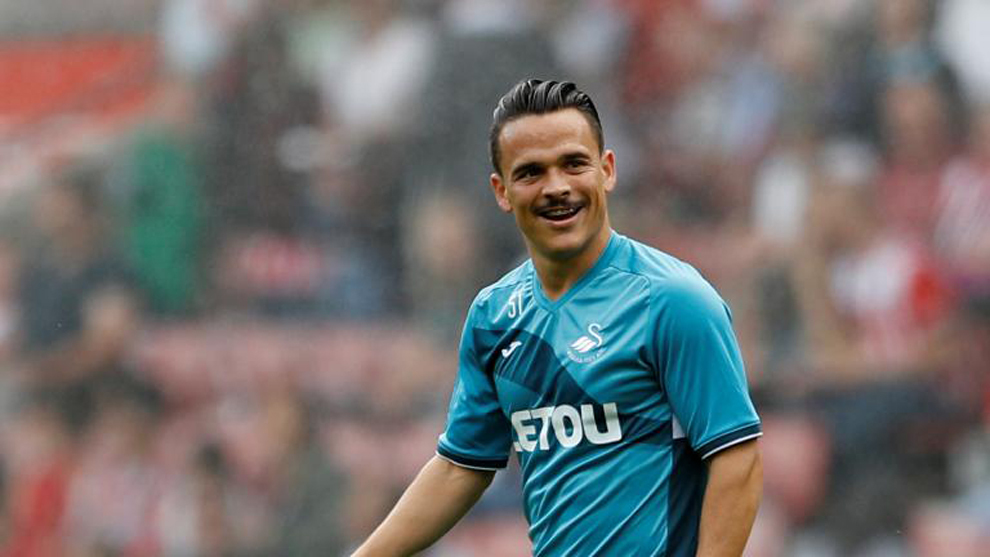 Swansea are set to offload Roque Mesa to Sevilla on a permanent deal according to reports.

The midfielder spent the second half of the season on loan with the Spanish club following Carlos Carvalhal’s arrival at the club, despite only joining the club last summer.

Signing for £11million, he struggled to make an impact at the Liberty before heading to Spain. It was a rocky start there too but earned his place in the starting eleven and kicked on from there.

Sevilla are now rumoured to be in the process of putting together a £7million offer for the Spaniard.

Paco Gallardo, deputy football director at Sevilla said, “The attitude that Roque Mesa has had with us has been splendid.It fulfils all the profiles we want. A player with desire, with hope, humble, with quality.Footballers with these characteristics are the ones we want to have in our side. We would like him to be with us, but it is something that is still to be finalised.Once the coach is here, we will be able to continue advancing in the remaining matters so that Roque (Mesa) can be a Sevilla player.”


Mesa made just 16 appearances for the Swans and proved to be another flop at the club. Now, with City playing Championship football, they look set to lose £4million as the rebuilding process begins.
Posted by Richard G at 19:10