In the final blog post of 2013, ForzaSwansea's former Swans player ALEC JOHNSON gives us his expert opinion at the half-way stage - who's impressed and who hasn't? Which were the best and worst games? And what should we be looking forward to in 2014? Read on to find out!

This is our golden era! Let’s have a look at the first half of our third successive season in the most exciting and competitive league on earth.

Expectations
It’s amazing what a few successful seasons do to people’s minds. I find myself preaching to the newbies that this is as good as it gets while reminding the oldies of the dark trips to Torquay and Hereford every year. Earlier in the season Laudrup was merely managing expectations by stating that an investment of two hundred million would be required to get us to the next level. He’s not wrong and despite the significant profits in the club there isn’t a spare safe to break open, nor would I want there to be.

Best players
Despite our mediocre results, individual performance levels have been consistently high through a number of key players. Ashley Williams has been his usual self and remains our rock at the back. Leon hasn’t had enough play time but hasn’t given the ball away or lost a tackle for around a decade now. Nathan Dyer has scored some crucial goals and his presence ensures that we are on the front foot - we miss him every second that he isn’t on the pitch for his mercurial abilities in the final third.

This time last season, our Michu was considered to be the player of the year and the find of the decade, however this season he has really struggled to make an impression. People question whether he was a one-time hit but I have no doubts about our talisman and I can't wait until February for his reappearance.

The definition of 'best player' could be interpreted in many ways: most exciting, most goals, the greatest man of the match performances... irreplaceable? This leaves us with Ben Davies, who tops it for me. He is truly irreplaceable and, while he doesn’t receive many man of the match awards, he is a consistent nine out of ten. His game has developed to provide attacking options, goals and his runs create so much space for other players. Add to this his ability to win headers from set pieces at both ends and he is certainly my most valuable player this half of the season!

Best newcomers
We have a few contenders after splashing a record amount last summer. It’s fair to say that most have settled and all have contributed. Looking at them individually, Jonjo looks to be a shrewd addition given his age and initial outlay of £5m. His influence grows in each game and as he matures he will be a top player for us. Just behind him Canas delivers the best value signing after arriving on a Bosman (free transfer!) - he acts as a third centre half and does the dirty bits very well. At the back Amat is growing in stature and for me is close to dislodging the inconsistent and erratic Chico, who has gone slightly backwards. Amat’s positional play and reading of the game is exceptional for such an inexperienced player at this level and £2m looks a steal. 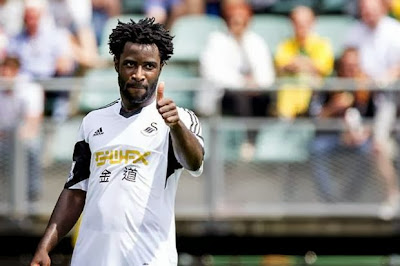 Up front, Bony divides most opinion in a way others like Scotland or Fallon did before him. I could write a whole article on the big Ivorian and may do so later in the season. It's taken time for him to settle and much criticism comes from the fact that he isn’t the hardest working player on earth, but he is making progress. People need to appreciate what he does offer and not what he doesn’t. He was bought to hold the ball up and bring people into the game and this he does very well. I can’t remember another striker doing this at the club as well in recent times.

Now, here’s where I put my tin hat on. This guy can play, and score, but we have to be more adventurous to get the most from him. First thing is to play him every game from the start. Secondly, let’s throw it in there, let him fight for it, get bodies around him for the second ball and he will score or at worst create havoc. At Villa Park on Saturday I counted four balls knocked into him in the box - that’s with 77% possession. He makes the runs, dragging people with him, but becomes disillusioned with the lack of ambition and opportunity. The other reason that he has to play is the shape of the team - he sits far up field without wandering into deep positions maintaining our shape and leaving our midfielders to dominate the possession across the middle third.

Worst newcomers
The final new additions add almost no value in my opinion. Pozuelo has been a major disappointment and lacks pace and strength, He has amazing feet and a football brain but he just doesn’t affect games or hurt teams. Alvaro simply shouldn’t be at the club - if we wanted an athlete to run around we could have gone to the Harriers and recruited better.

Best game
To date, we have underperformed against the big boys and haven’t got close to threatening any of them over 90 minutes. We have the ability, but seem to lack the mentality and belief. Laudrup’s public comments stating that certain teams are not in our league have receded, however you do feel that the mentality hasn’t changed. Therefore, in previous seasons, though a victory against Arsenal, Man City or Liverpool would have won the ‘best game’ category we have to look at victories of equal importance but less eye catching headlines this time out. I’m going for the 3-0 victory over Newcastle who arrived at the Liberty on a long winning streak, yet we dominated every minute of that game and seemed to play with far more tempo and belief. More of this in 2014 would be nice. 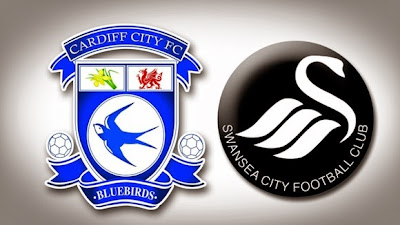 Worst game
Losing to our neighbours! Having witnessed so many derbies where we triumphed through greater passion and determination, the reverse was the case this time. Was it having too many foreigners? I don’t think so - we beat them with our fair share of them three years ago. Are they better than us? Nowhere near. They simply worked harder. Having been the club looking up at us for the past few seasons, it’s been painful for them and they had their moment of glory at the cost of three precious points, pride and the suffering of the 2,000 Jacks in their ‘soon to be red’ stadium. Let’s move on.

What next?
We are hours from January and the usual mayhem that surrounds it. As per all previous transfer windows I expect us to end the window stronger than we start it. The rumours of Moses, Sterling, Ince and Aspas all seem very far-fetched for different reasons. I expect Laudrup to deliver a few pearls from another planet and therefore off everybody’s radar. Without Michu we need another spark in the Borini or Siggi mould, both January additions, somebody to buzz around the final third and deliver end product to our beautiful game. Beyond January, I expect the second half of the season to deliver the 25 or so points required to maintain 10th position. My hope is that Michu and Dyer return quickly to their best as they offer the most penetration and unpredictability. My belief is that they will return as strong and that we will take some big scalps and knock our neighbours back into their dirty hole before their shambolic relegation party.

It all starts against the richest club on the planet and I can’t wait.